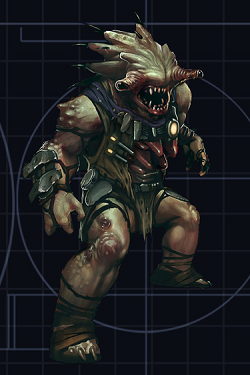 Flesh Raiders are a sentient species.

Native to Tython, the Flesh Raiders are savage marauders who are often attacking Tython's pilgrim population. The Jedi, who have returned to Tython to establish themselves on the planet, refused to aid them in their defense, as they wish to stay out of the planet's local affairs.

The Flesh Raiders were never mentioned before in the Star Wars universe, making this their first appearance in the lore.