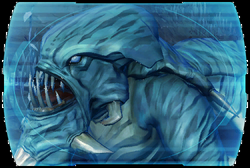 Vine Cat is a codex entry located within the Bestiary section of a player's codex once it has been unlocked. It can be earned on the planet Dromund Kaas, and provides a brief biography and synopsis of the Vine Cat species.

Vine Cat is unlocked by defeating either a Savage Vine Cat or the named mob Sharpclaw, both of which are encountered on the planet Dromund Kaas. It can only be earned by players belonging to the Sith Empire.