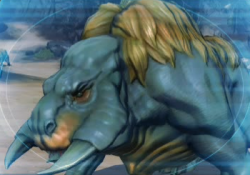 Razoronn is a codex entry found within the Bestiary section of a player's codex once it has been unlocked. It can be earned on the planet Ord Mantell and provides a brief background and summary of the Razoronn species.

The Razoronn codex entry can be unlocked by defeating a Shallow Bay Razoronn, a creature found on the beaches of Mannett Point on the planet Ord Mantell.