Aurebesh is the written form of Galactic Basic, the language most commonly spoken in the galaxy.

The Aurebesh descriptions of the eight playable classes in Star Wars: The Old Republic, as seen and translated from the swtor.com website, are translated below. Any connections between these phrases and the perspective of being within the Old Republic are uncertain at this point in time. 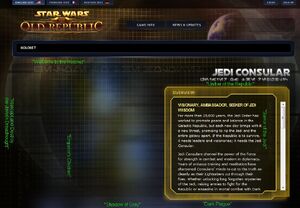 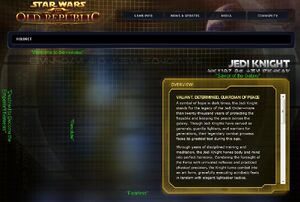 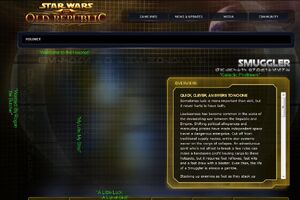 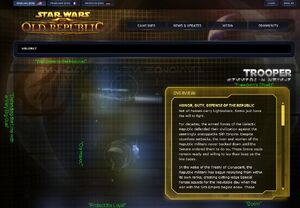 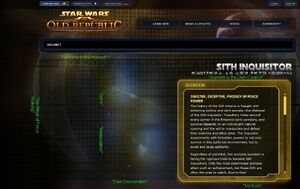 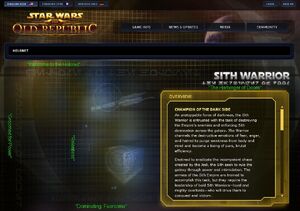 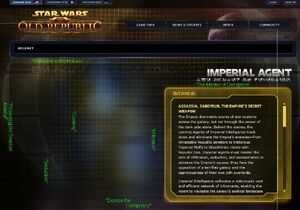 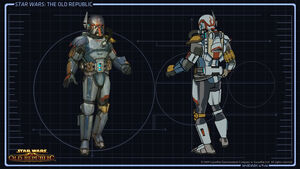 On each of the 8 Class description screens there are rotating images of light sabers, blasters, helmets, pieces of armor, droids and/or images believed to be holocrons. Underneath each of these at a certain point in the animation are Aurebesh symbols with the following translations: